IF I NEVER MET YOU: A deliciously romantic and utterly hilarious romcom by Mhairi McFarlane is now available in Europe! 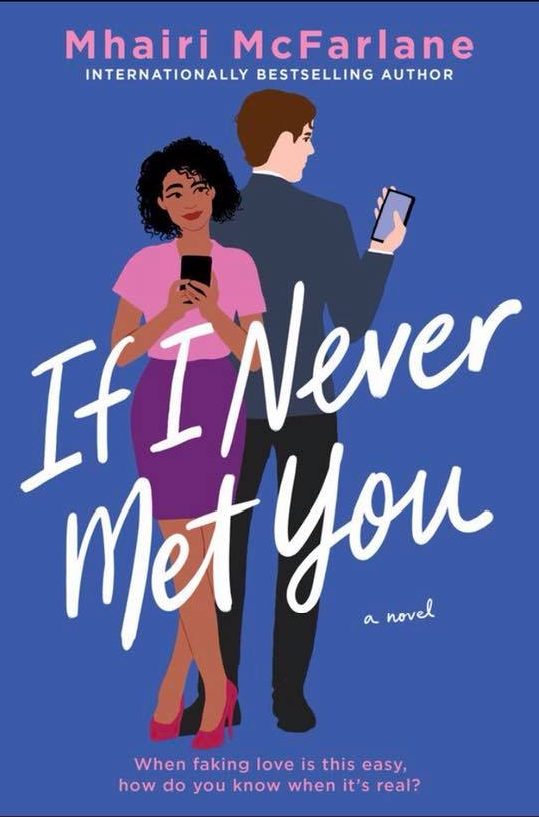 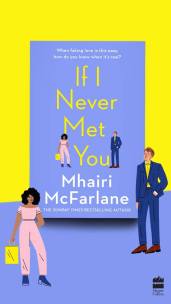 If faking love is this easy… how do you know when it’s real?

When her partner of over a decade suddenly ends things, Laurie is left reeling—not only because they work at the same law firm and she has to see him every day. Her once perfect life is in shambles and the thought of dating again in the age of Tinder is nothing short of horrifying. When news of her ex’s pregnant girlfriend hits the office grapevine, taking the humiliation lying down is not an option. Then a chance encounter in a broken-down elevator with the office playboy opens up a new possibility.

Jamie Carter doesn’t believe in love, but he needs a respectable, steady girlfriend to impress their bosses. Laurie wants a hot new man to give the rumor mill something else to talk about. It’s the perfect proposition: a fauxmance played out on social media, with strategically staged photographs and a specific end date in mind. With the plan hatched, Laurie and Jamie begin to flaunt their new couple status, to the astonishment—and jealousy—of their friends and colleagues. But there’s a fine line between pretending to be in love and actually falling for your charming, handsome fake boyfriend…

The ebook for IF I NEVER MET YOU is now available in Europe and Australia.  Releasing in the U.S and Canada on 24th March, pre-order your copy today!

Ebook with the below retailers, coming 24th March

The paperback releases in Europe on 5th March and in the U.S and Canada on 24th March

Reviewed by Rachel at KFF

Sometimes a book comes along that you know you are going to love because the author has never let you down! Ms MacFarlane is that author for me. She writes such witty, articulate and fantastic character-driven stories. This book may fall under the genre of “Chick Lit” but it’s so much more than that. I spied this book months ago and loved the synopsis but January seemed such a long way off but fear not, NetGalley came and granted me my Christmas wish! This book is set in Manchester which is not too far away from me so it felt more special knowing the streets and areas mentioned. For me, it brought the book to life. It’s so refreshing to read books not set in London which in my experience are much too frequent.

“What a bleak cow. Last I heard she was hopping on Marcus from KPMG and he has community d**k, so no one’s taking her advice”

“You know, used freely by everyone. Open access. A civic resource.”

The focus of the story centres on Laurie who is a bright, thirty-something career-minded woman who thinks she has got everything she ever dreamed of (or so she thinks) but then the rug is well and truly pulled from under her when her long term boyfriend up sticks and moves out to “find himself”. Laurie is absolutely devastated but fear not Jamie, a fellow lawyer who also happens to be the office Lothario, devises a plan to get them both what they want. Jamie is desperate to climb the corporate ladder but needs Laurie to help convince his employers he’s the responsible type. What could possibly go wrong when all 3 parties work in the same office … Cue the comedy!

“But that doesn’t mean I want to kiss you any less.”

What then transpires is full-on belly laughs and giggles which I have come to expect and adore from this author. On paper, these two characters should not even attempt to try and convince people they are now a genuine couple. She is a well-respected lawyer who has a fantastic reputation and he is a lawyer with shall we say, a dubious past. To be fair they have both been utterly honest in what they both want but let’s face it when they both start feeling things they didn’t bank on that’s when the plan goes a tad awry. I have to say this book is so much more than comedy. It’s a touching story too full of beautiful heart-warming moments that you couldn’t help feel the warm and fuzzies.

MacFarlane never falls to write real characters. Her plots are never complex but focus on real stories I’m sure all readers can relate to. Laurie and Jamie were a total delight to read. She didn’t make them perfect or farfetched in how they behaved oh no, these two people could be people we work with. What I loved was how a simple story was written with great attention to detail. I honestly did not want this book to end! From the razor-sharp banter to brilliant characters, I loved it. So often secondary characters are forgotten and fade into the background but in this book, they were given all the attention they deserved. Laurie’s bestie, Emily, had some of the best lines. This girl really did come into her own with such great one-liners; hilarious! Every work colleague, friend and foe were key to the story as much as Laurie and Jamie. If you love romantic comedy with a well-developed plot, take a leap of faith and read the book. You won’t be disappointed!

Praise for If I Never Met You

‘A warm belly full of joy from start to finish!’
—Holly Bourne

‘Mhairi McFarlane’s voice is as clear as a bell—she makes you laugh, but she also makes you feel. I adore her!’
—Sally Thorne 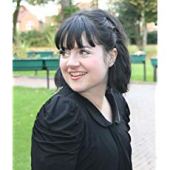 Mhairi McFarlane was born in Scotland in 1976 and got the fringe hairstyle locked down early so she could concentrate on wider issues affecting society, like why Cadbury’s don’t make plain chocolate buttons. Surely the demand is there. She has written three rom-com books and is trying to write another and not be distracted by Netflix or Twitter, with varying success.