Today we are delighted to be bringing you USA Today bestselling author Saffron A. Kent’s all-new contemporary romance, DREAMS OF 18 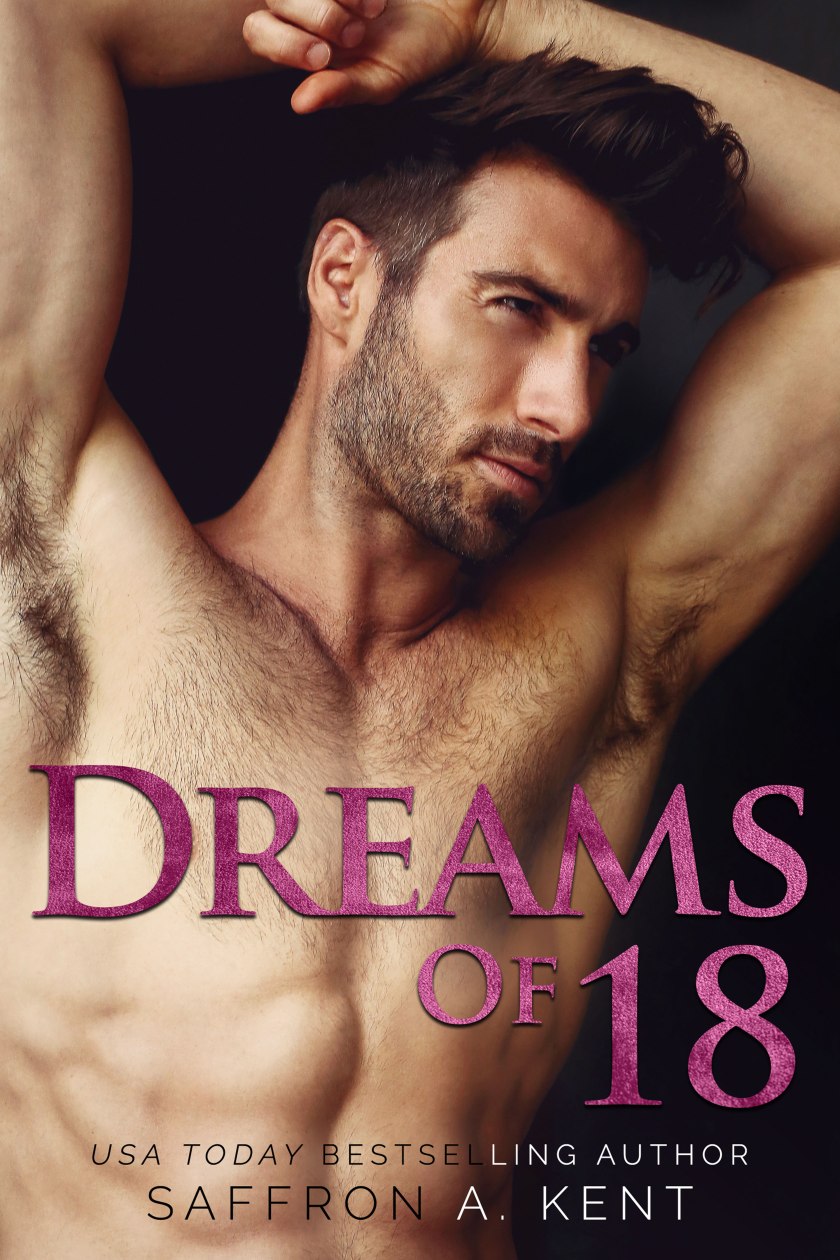 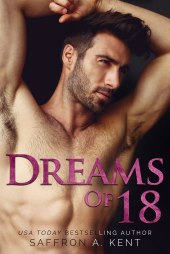 “You don’t go around kissing your best friend’s dad, do you?
Even though that’s all you ever dream about.”

Violet Moore is in love with a man who hates her.

Well, to be fair, she kinda deserves it.

On her eighteenth birthday, she got drunk and threw herself at him, causing the biggest scandal of their sleepy suburban town.

Now, everyone thinks she’s a slut and he has disappeared. Rumor has it that he’s been living up in the mountains of Colorado, all alone and in isolation.

But Violet is going to make it right.

She’s going to find him and bring him back.

No matter how cruel and mean he is. Or how much he hurts her with his cold-hearted and abrasive ways, she won’t give up.

And neither will she think about his tempting lips or his sculpted muscles or his strong hands. The hands that she wants on her body, touching her, feeling her skin…

The hands that make her want to forget everything and kiss Graham Edwards – Mr. Edwards, actually — again.

Because you don’t go around kissing your best friend’s dad, do you?

Even though that’s all you ever dream about.
____

Reviewed by Donna on behalf of KFF

Violet Moore is an eighteen-year-old who finds herself in a situation that causes all sorts of trouble. She kisses her best friend’s dad. It happens to be her birthday and she’s drunk. This causes the mother of all scandals. The guy in question is 18 years older and also the football coach at their local school in a sleepy town in Connecticut. She’s in love with him and he hates her.

Violet is deemed the town slut and when Graham Edwards disappears into exile in the mountains of Colorado, she wants to put the mistake right and sets about finding him. Mr Edwards has a tough exterior and Violet won’t be deterred by his rude, cold-hearted behaviour. She tries to push aside the alluring man with his muscles and his strong hands touching her all over, or his lips that she has already touched. Silly girl from the moment she saw Mr Edwards, she’s always dreamed about him touching her and kissing to forget.

The reader will learn early on that poor Violet doesn’t see herself as a normal teenager. She has so many hangups due to her rough start in life. It’s almost like she is invisible. Violet loves to write in her journal and eat her lollipops. Graham Edwards lives for his son Brian; in fact, he moved them to Connecticut for a better future for his son. Graham has had tough times in his younger years and he strives for his son to not experience what he has.

Oh my god, I absolutely love the forbidden story and I really was chomping at the bit to discover the fallout from the kiss between Violet and Mr Edwards. What looks to have destroyed their lives in a split second made me wonder where the rest of their journey would take them. Chapter to chapter unfolded a deep meaning to their story.

Nothing was always as it seemed as there were so many layers to the protagonists. The supporting characters were all great and my goodness me, I wanted to throttle Violet’s family at times. Also, I loved that we got to see some past characters from previous workings which made me smile and gave a small fraction of insight of where they were at with their lives. It was a very nice touch on Ms Kent’s part.

When we got to the steamy parts, they weren’t just steam, they were damn right filthy. Who doesn’t love a dirty talker with some seriously filthy situations that make a girl blush? I liked Violet and her maturity. At times I felt she could have been immature, but having read right to the end was when I realised it was all down to her vulnerability.

The penmanship and the author’s ability to tell a tale with such intricate description is nothing less than perfect; however, at times there was a bit of repetition which was overlooked as I delved deeper into the story. We also get a fantastic musical accompaniment which is in two playlists. One of which Violet titled her kickass playlist and the other is Graham and Violet’s. I’ve enjoyed listening to them and using the tracks to visualize moments in their story. I highly recommend you pick up this book and keep an open mind. Dig deep and you will have an enjoyable journey.

Saffron A. Kent is a Top 100 Amazon Bestselling author of Contemporary and New Adult romance. More often than not, her love stories are edgy, forbidden and passionate. Her work has been featured in Huffington Post, New York Daily News and USA Today’s Happy Ever After.

She lives in New York City with her nerdy and supportive husband, and a million and one books.