Today we are delighted to be on tour with #1 New York Times bestselling author Vi Keeland’s all-new sexy, stand-alone contemporary romance,
ALL GROWN UP 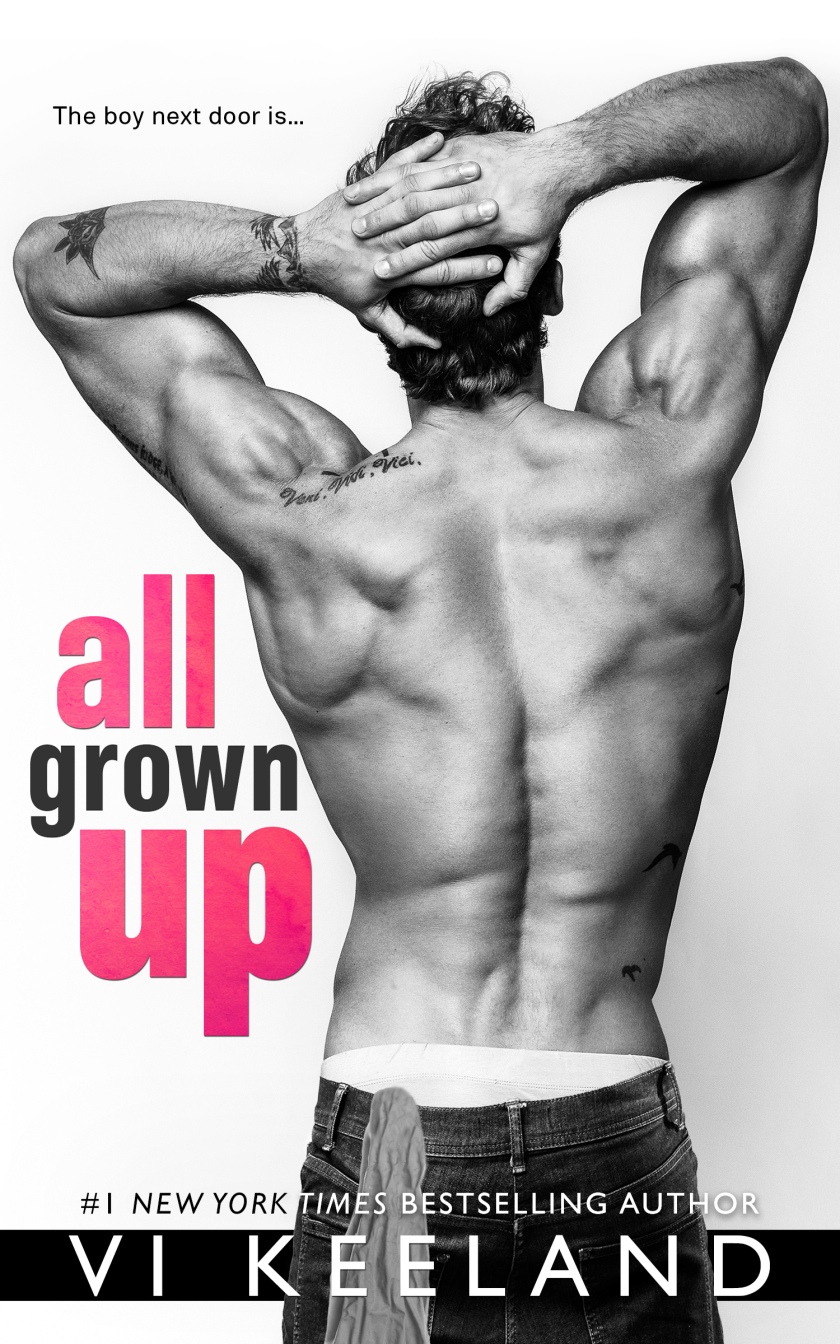 When I first encountered Ford Donovan, I had no idea who he was…well, other than the obvious. Young, gorgeous, successful, smart. Did I mention young? If I did, it bears repeating. Ford Donovan was too young for me.

Nevertheless, that’s how I met Ford, and we started messaging. He made me laugh; yet I was adamant that because of his age, we could only be friends. But after weeks of wearing me down, I finally agreed to one date only—my first after twenty years of being with my high school sweetheart. I knew it couldn’t last, but I was curious about him.

Though, you know what they say…curiosity kills the cat.

My legs wobbled walking into the restaurant.

Ford was seated at the bar. When he turned around, he took my breath away.

As I got closer I realized why.

He was the son of the neighbor at our family’s summer home.

The boy next door.

Only now…he was all man.

I hadn’t seen him in years.

I left the restaurant and planned to put the entire crazy thing behind me.

Which I did. Until summer came.

And guess who decided to use his family’s summer home this year? 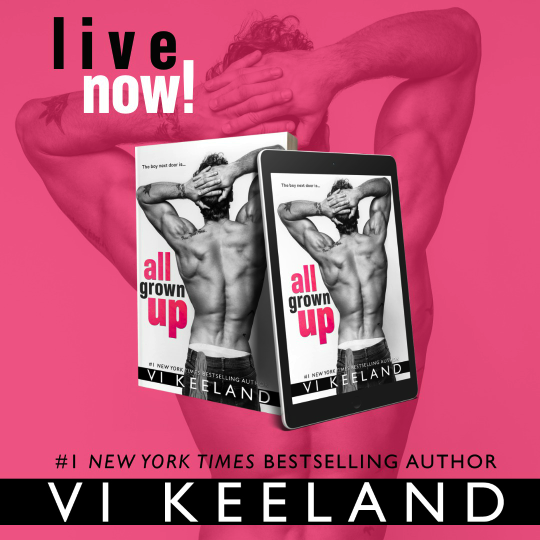 The perfect summer read! Download your copy of ALL GROWN UP today!

Keeland’s stories never fail to make me smile. Great characters, non-stop banter and just the right amount of streaminess is the perfect recipe for an oh-so-easy to read summer romance. The vividly described setting will encourage you to grab a beach towel if you’re not already dipping your toes in the ocean.

How Ford Donavan and Valentina got to know each other had me in fits. Eve, Val’s bestie, had a hand in this ‘cause she’s determined to hook her divorcee friend up. She’d opened an online dating account much to Val’s horror. Purely for business purposes, Ford did the same thing and here’s where the text messages, fun and innuendos begin. I simply loved how Keeland threw a bombshell into the mix when they eventually meet.

“Donavan was witty. I like him. And maybe, just maybe, his muscles are nice, too. I refilled my wine glass.’

Now then ladies, who said age matters? The older-guy-younger-woman trope is by no means new and eyebrows are no longer raised, but how about the flip side of the coin! Who worries more about what people think? At a guess, I’d say us females and this is where Vi’s storytelling captivates the reader. She’s very cleverly conveyed how Valentina feels about this issue and of course, the bountiful humour helps sooth most predicaments. Nonetheless, it all boils down to self-acceptance, coming to terms with one’s strengths and weaknesses and stop caring about what other people think. Of course, that’s easier said than done.

“I’d be happy to help you work on being inappropriate.”
“I bet you would.”

Ford’s quite a bit younger than Val. I truly liked them both, although it was a tad weird comparing their situation with my son and his wife’s, which is very similar to theirs. If this weren’t the case, would I have had a problem with the age gap? Not at all! It’s not just the numbers that count, it’s maturity and Ford has this in spades. As well as being drop-dead gorgeous and successful, he also knows how to woo a lady the right way. There’s a good chance you’ll find yourselves blushing when he uses dirty talk…mouth…well, you get my gist!

“You’re really hung up on numbers, aren’t you?”

Is it unusual that Ford has more experience than Val in the bedroom? She was a teenage bride and had her only son before reaching twenty. Therefore finding her lack of certain skills in that department didn’t surprise me. Will their brief fling flower into something more serious? Not telling, but I’d really like you ladies to find out.

‘The moment of truth had finally come. A summer fling.’

Val’s bestie considers herself to be an expert in this kind of relationship. She should know! With no filter, she enjoys rubbing Val up the wrong way by telling all to her pretender. Her advice to him was spot on too, and I loved that he listened to her. The sticky notes…ooh my, I do the same thing but for different reasons!

“That’s Eve-speak for I’m about to interrogate you. Sorry, man.”

Lowish angst but running high on emotions, the abounding passion in All Grown Up consumed me to a point that I couldn’t put the book down. I kind of guessed the ending but damn it, this read is ridiculously swoon-worthy. The fabulous storyline and laugh-out-loud scenes make for a very enjoyable pool read. Bravo! 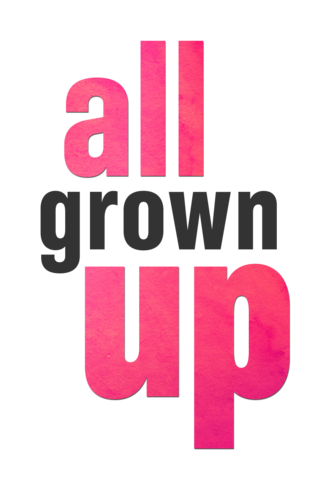 OTHER BOOKS BY VI:

Worth the Fight (MMA Fighter Series, Book One)

Belong to You (Cole Series, Book One)

Made for You (Cole Series, Book Two)

THE COCKY BASTARD SERIES (5 stand-alone novels)
Note: For the first time ever, The Cocky Bastards Series is now available on KindleUnlimited for a limited time only!