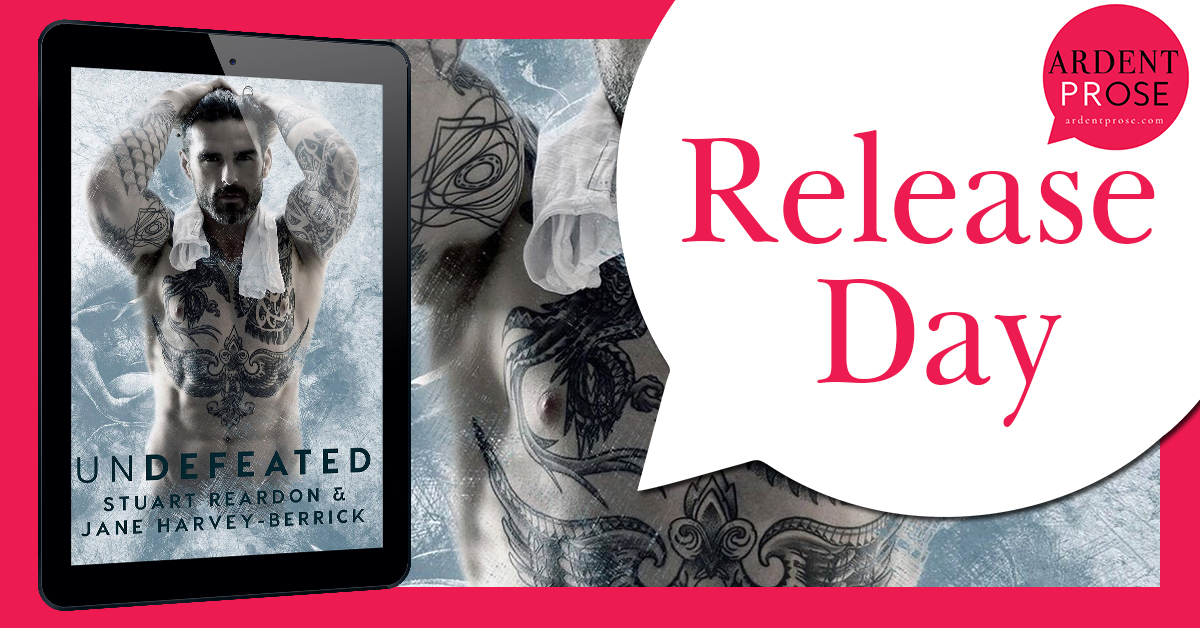 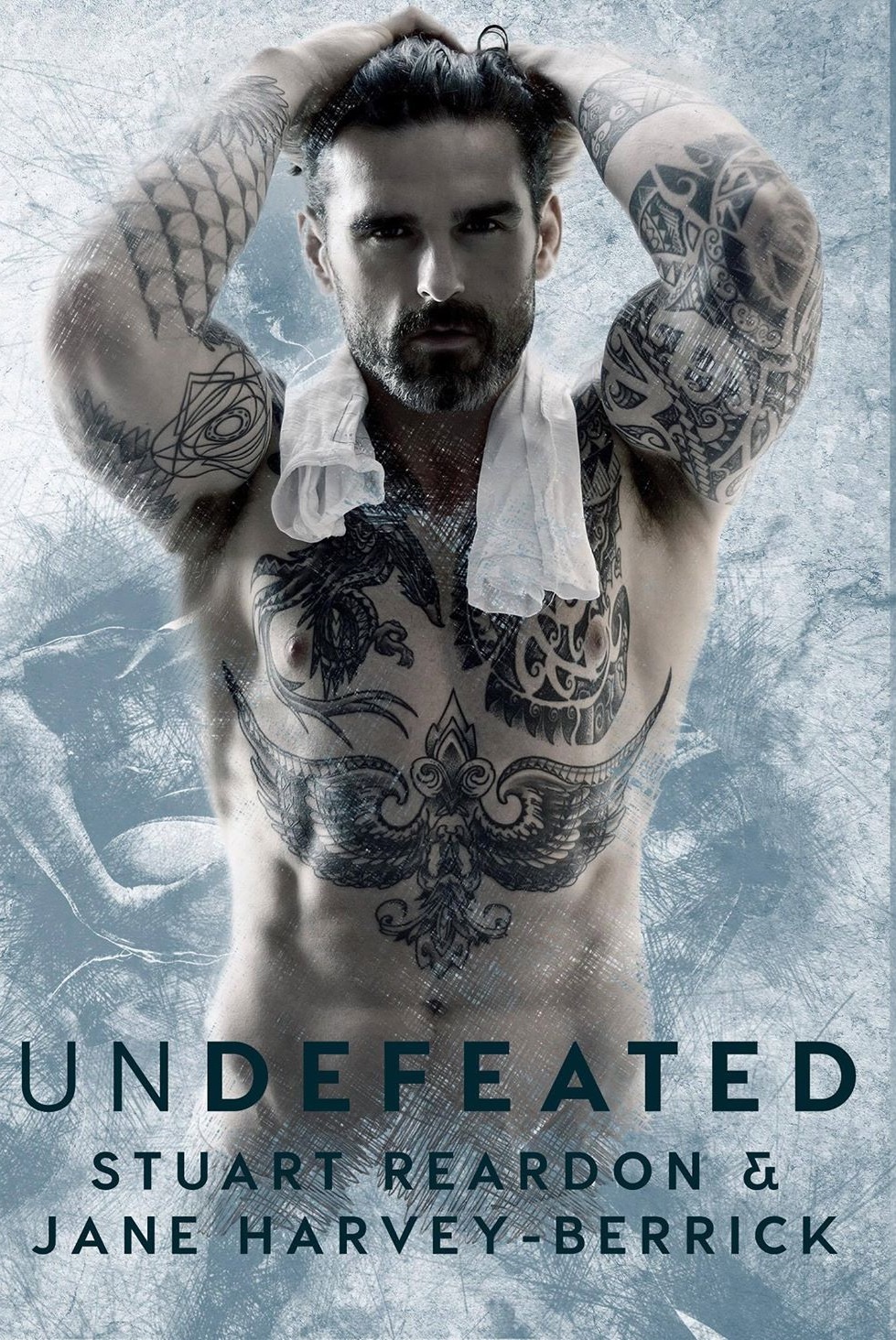 A powerful contemporary romance set in the fast-moving world of international rugby.

When your world crashes down
When they all say you’re out
When your body is broken
I will rise.
I will return.
And I will be undefeated.

Nick Renshaw is the golden boy of British rugby. When a serious injury threatens his career, he starts to spiral downwards, a broken man.
Feeling abandoned and betrayed by those closest to him, he fights to restart his life. Maybe there’s someone out there who can help him. Maybe he can find his way back toward the light. Maybe … not.
Dr. Anna Scott might be the one person who can help Nick, but she has her own secrets. And when Nick’s past comes back to haunt them both, the enigmatic doctor is more vulnerable than she seems.
Broken and betrayed, the struggle to survive seems intolerable. Who will give in, and who will rise, undefeated? 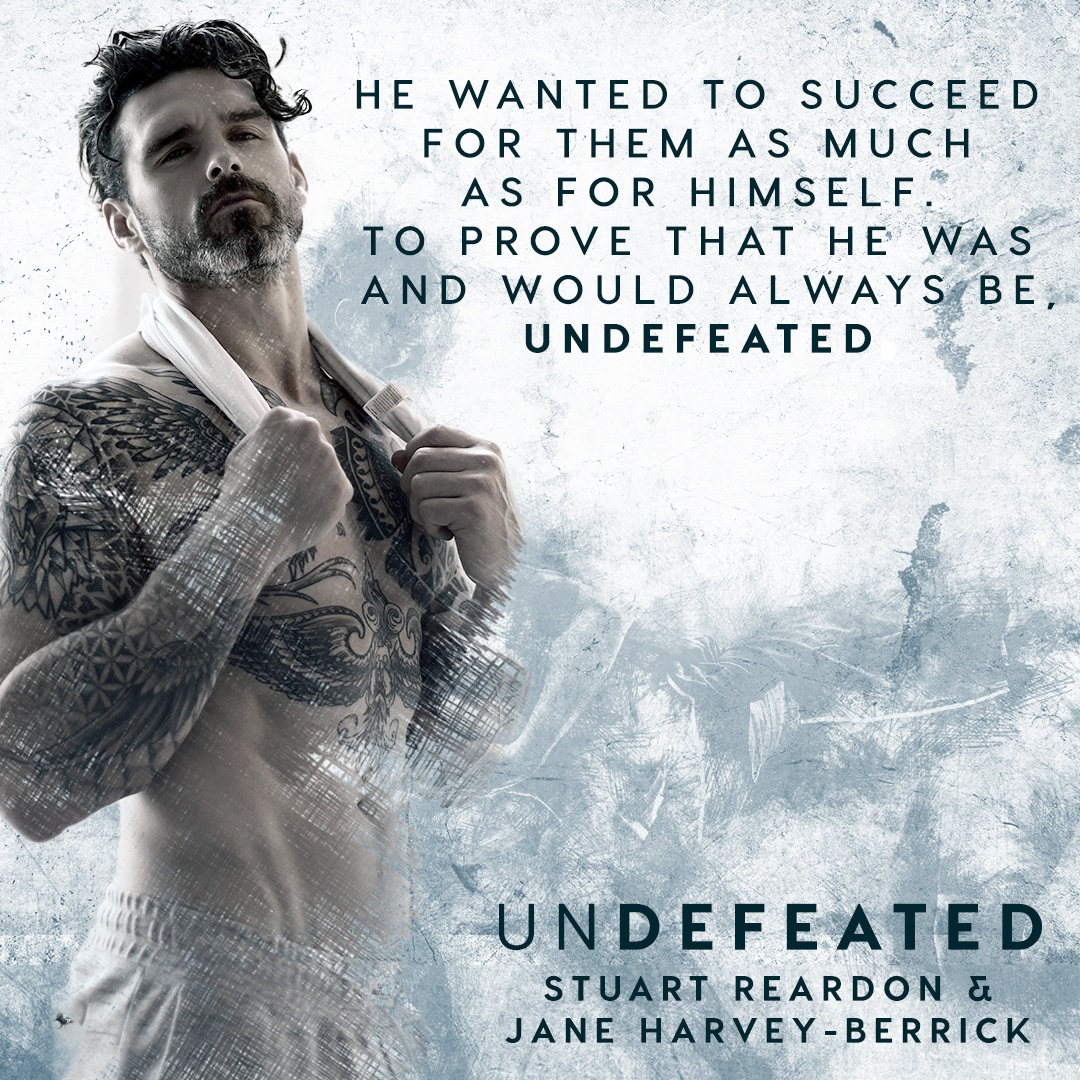 4.5 Stars ~ Reviewed by Anna Green on behalf of KFF

I was quite impressed by this contemporary sports romance written by two authors, their first collaboration. I have read a fair enough share of sports romance but this is a cut above the rest mainly because even though written in third person which isn’t my favourite style, it is narrated in a way that gives the reader a lot of information about rugby but not to the point where it puts me to sleep or make my eyes glaze over.

Dr. Anna Scott, an American sports psychologist just moved to the UK to escape a scandal and make a fresh start. Her previous relationship was a disaster. She just opened her new business and can’t afford to make a failure of herself. A driven and strong independent woman who needs to validate herself to her parents, she’s carrying a lot of baggage and getting involved with one of her patients doesn’t seem like the best way to do it. Is she willing to sacrifice love over career?

Nick Renshaw, who has rugby running through his veins ever since he was a young boy, is the star of the rugby league and on the verge of realizing his dream when recruited to one of the top premier leagues in rugby. But when things seem too perfect, everything falls apart including his relationship with his fiancée. Scandal on top of another scandal plagued his career and personal life. Will he be able to rise above this trials and tribulations?

This is a well written tale of two people who underwent a lot of highs and lows, success and failure, sadness and joy, both with each other and when they were involved with other people. I feel for Anna and Nick’s pain when their secret relationship imploded. When you think everything is finally smooth sailing, another test to their relationship comes along. However, these two are resilient and strong, they are a formidable pair.

“When your world crashes down… When they all say you’re out…When your mind is broken… I will rise…I will return… And I will be undefeated.”

I love the authors’ style of writing. It is fast paced and it gripped me right from the first page I just couldn’t put it down.  I felt like I was there in the stadium during the World Cup final. I felt the passion, the adrenaline, the anxiety and the euphoria it was almost like watching a movie in my mind. It is this style of writing: the technical details of the sport, that special feeling of sharing the experience that sets this book apart from the rest of the stories I’ve read of the same genre. I have never been a big sports fan, although when push comes to shove I’d rather watch a rugby match than a football match. I am totally gob-smacked that not once did I skim through some pages of this book, I savoured all the words and thoroughly enjoyed all pages of this story! 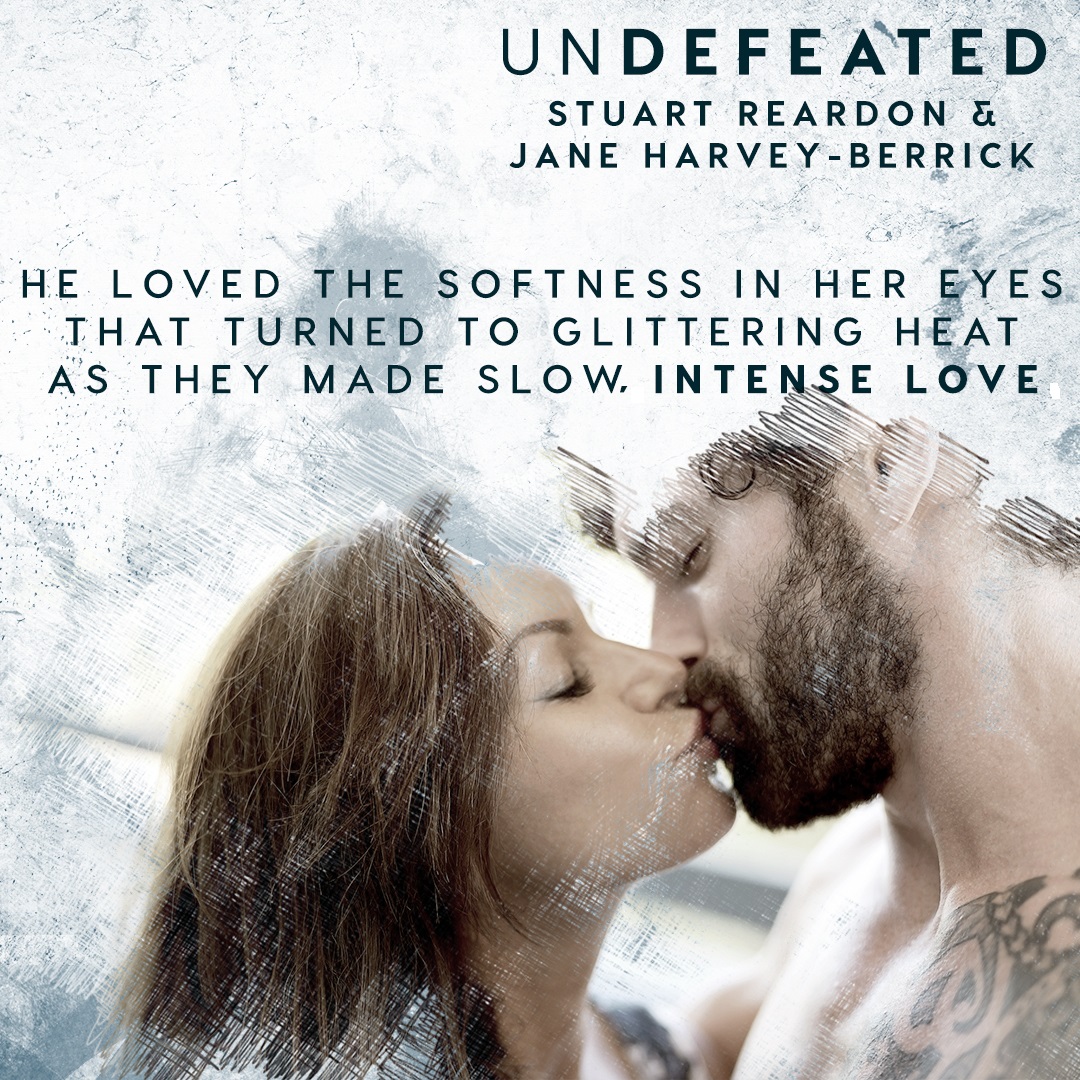 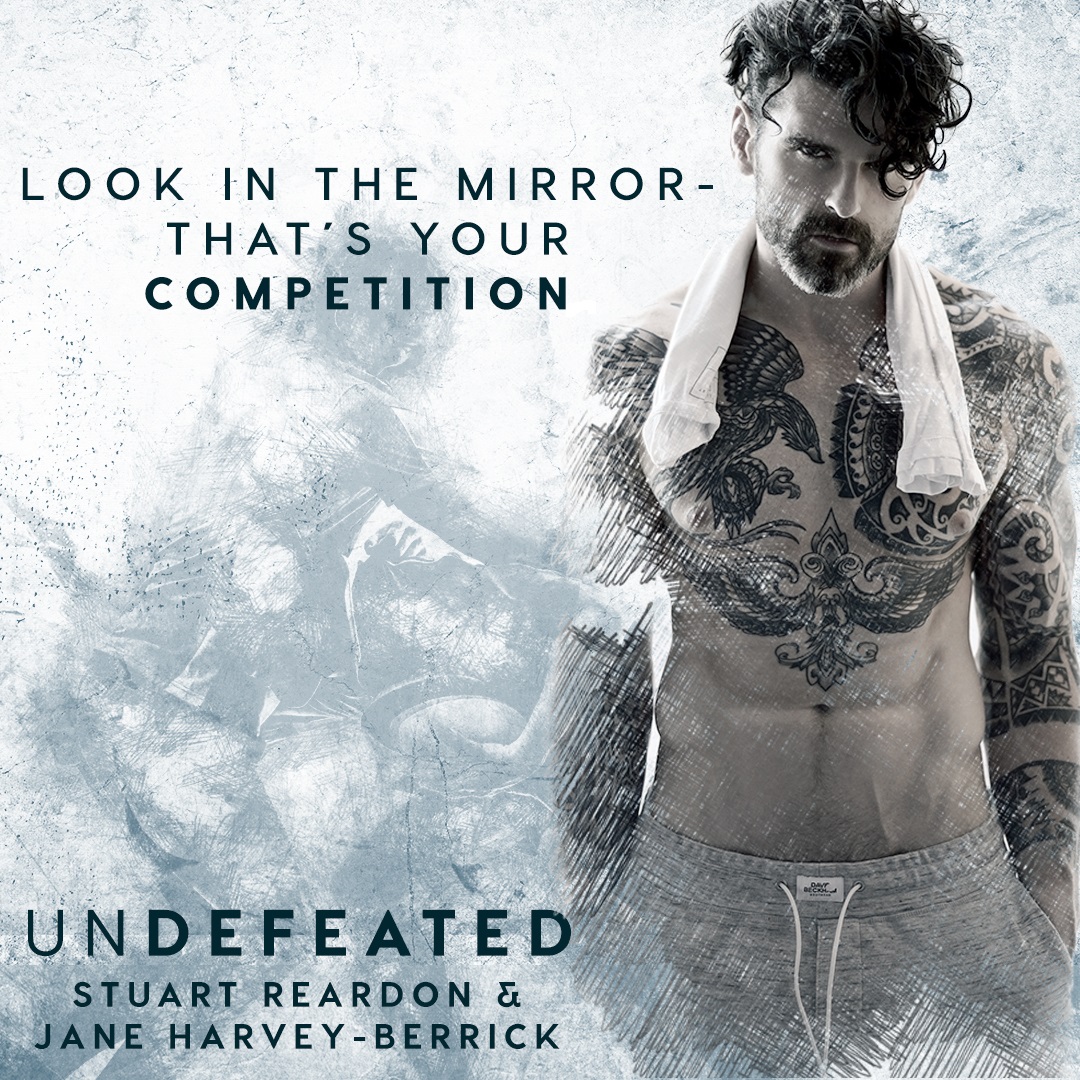 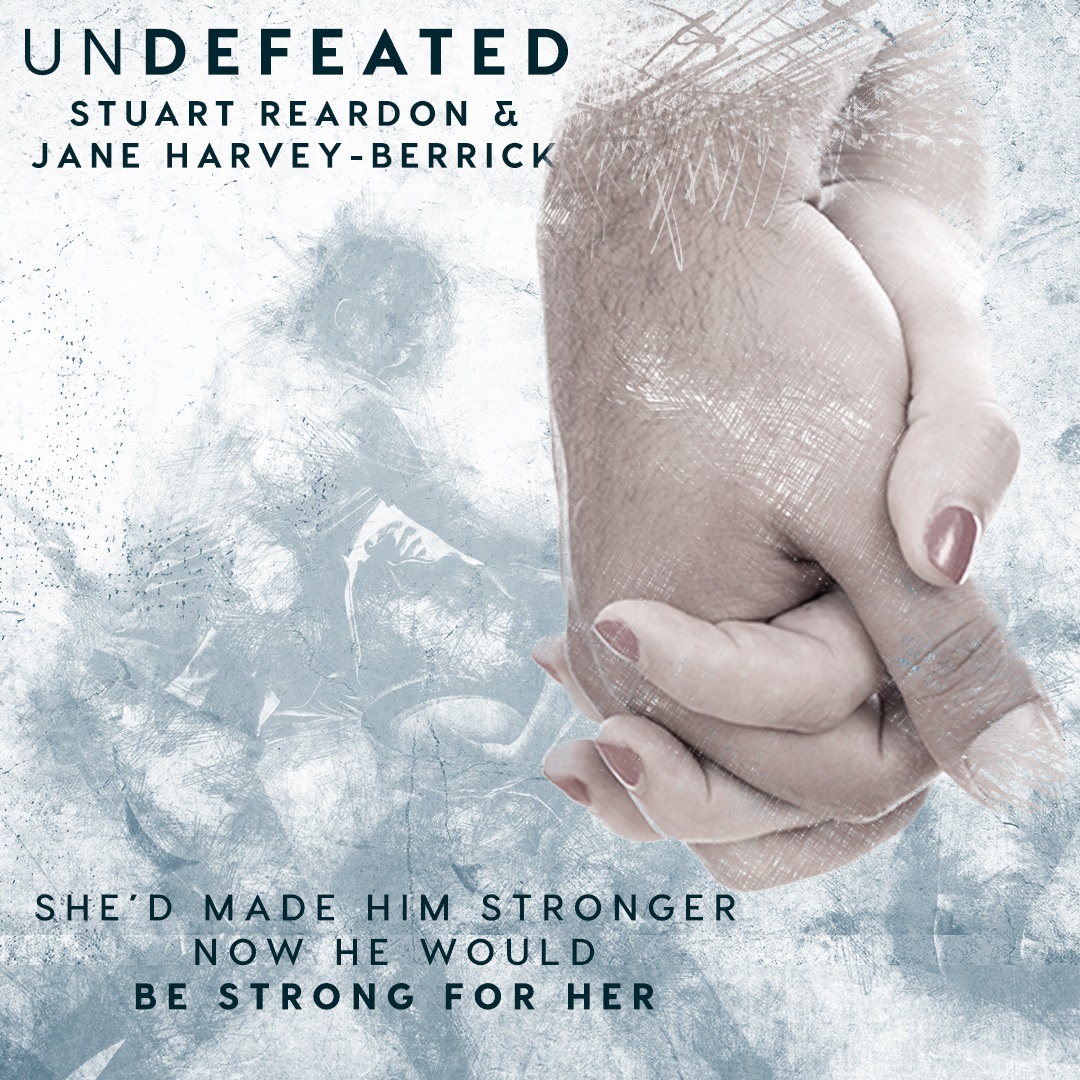 Stuart Reardon
Stuart is a retired England International Rugby League player who’s career spanned 16 years as a professional playing for several top League clubs.  He has had several major injuries that nearly ended his career just as in Undefeated, the amazing collaboration with Jane.Currently he is a Personal trainer living in Cheshire, and has an online fitness program: Fear Nothing Fitness.
Website  Twitter  Facebook  Instagram  YouTube  Tumblr
Jane Harvey-Berrick
I enjoy watching surfers at my local beach, and weaving stories of romance in the modern world, with all its trials and tribulations.It’s been the best fun working with Stu on this story. And yes, he did think about joining the Marines once.
Website  Facebook   Twitter  Amazon Page  Goodreads  Instagram