With This Man To Be Published in March 2018

Forever, an imprint of Grand Central Publishing (GCP), has announced that they have acquired the World English language rights for three new novels by #1 New York Times bestseller Jodi Ellen Malpas, author of the THIS MAN and ONE NIGHT romance trilogies.

WITH THIS MAN will be published as a trade paperback original in March 2018, with simultaneous e-book and audio editions.  The following as-yet-untitled standalone novels will release in 2019.   Orion Books, a division of Hachette UK, will publish the UK editions.

“A new novel from Jodi is always exciting news for readers, but a new This Man novel is an event,” said Beth de Guzman, VP, Digital and Paperback Publisher. “GCP is proud to be her publisher and ecstatic to be continuing our relationship with Jodi.”

WITH THIS MAN picks up the story of fan-favorite character Jesse Ward, the strong-willed, dominant, seductive alpha man first introduced in This Man (Forever, 2013).  Set years after the original trilogy, the incorrigible Jesse is married to Ava, the love of his life; father to 12-year-old twins; and approaching his fiftieth birthday.  Jesse has achieved exactly what he always wanted.  Then a terrible accident lands Ava in the hospital with a head injury that causes her to lose her memory of the last 15 years. Now Jesse must do whatever it takes to support his beloved wife and help her find her memories—their memories—and fall madly, passionately in love all over again. But he has no idea that someone is plotting to destroy their family.

“This Man was my very first novel, and Jesse Ward holds a very special place in my heart.  After all, he was the start of my writing career. I never anticipated anyone could love him like I do, and I’ve been so blown away by the response he’s received from readers over the years. I just love that they, like me, can’t get enough of him,” said Jodi Ellen Malpas. “I can’t wait to share this new chapter in Jesse’s life with everyone.” 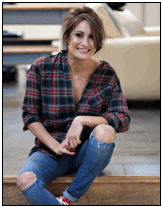 British talent Jodi Ellen Malpas sold hundreds of thousands of e-books of the first two THIS MAN novels before landing a major US publishing deal and sailing straight to the top of the New York Times bestseller list in a few short months. Success quickly followed in the UK, with thousands of readers falling head-over-heels for the devastatingly handsome Lord of the Manor Jesse Ward and his feisty counterpart Ava O’Shea, as all three books became major Sunday Times bestsellers. This was followed by further success with her second series ONE NIGHT, which introduced the irresistibly enigmatic M, and two stand-alone novels, The Protector and The Forbidden.

Jodi was born and raised in the Midlands town of Northampton, England, where she lives with her two boys and a beagle. She is a self-professed daydreamer, a Converse & mojito addict, and has a terrible weak spot for Alpha Males.

One girl disappeared. After fifteen years, her cold lifeless body was found on the damp forest floor. Not an inch of her was unmarked by the horrors she endured. Alone, malnourished, abused in horrific ways; this was how she died.

One girl was found walking the streets, covered in dirt and scars. She had no memory of who she was, where she came from, or what happened to her. Even though the marks on her body attested to years of heinous abuse, her strength shone through at every turn.

Revenge and justice were sworn.

Years of searching brought up nothing but dead ends. Detective Niko James was too late to save his childhood friend, but he vows not to let down another.

The clock is ticking and the trail is pitch dark.

Reviewed by Anna Green on behalf of KFF

Wow! This book is one hell of a nail biting, stomach churning experience that I won’t forget for a long time. This story started a little bit slow during the first few chapters but soon picked up the pace and had me on edge the whole time. Every now and then I had to take a break from reading the harrowing story of Aislin.

Written from dual points of view the book starts with Niko as a detective who is still involved in the case of his missing childhood friend Aislin, kidnapped at age thirteen, on her way to school.  All through these years he never gave up looking for her and eventually influenced his choice of career. Fifteen years later he gets a phone call about a body discovered in the woods… heartbreak, loss, grief and revenge, these words are not enough to describe how he felt.

I sometimes wonder how these two authors come up with creating a monster that is sick and depraved and inflict a horrendous amount of pain to someone else. It takes a special kind of “talent” to make a reader cringe and get so emotionally involved in this book, a lot of WTFs were floating inside my head whilst reading Aislin’s gruesome ordeal.

I can’t give too many details on the main character’s experience as I don’t want to spoil the story but let me just say that when I thought I had it all figured out on the last quarter of the book I was wrong! This is a very well written tale that might give you nightmares and a few sleepless nights but is so worth it. There are some books you read that you’ll need a box of tissues, chocolates or a glass of wine. So it might not be a bad idea to have the whole bottle at hand while reading this book!

A. M. Wilson loves infusing her stories with real life—the good, the bad, and the steamy parts. She thinks there’s something special about romance; that pivotal moment when two characters realize their love for each other, but she likes wading through a little angst to get there. When she isn’t furiously typing on her computer, she can be found searching for her next all-consuming read. A. M. lives in Minnesota with her husband, two children, and black lab. Connect with her at amwilson.net or www.facebook.com/A.M.WilsonAuthor 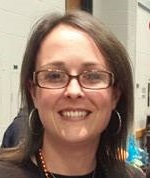 Alex Grayson is the bestselling author of heart pounding, emotionally gripping contemporary romance including the Jaded Series, the Consumed Series, and two standalone novels. Her passion for books was reignited by a gift from her sister-in-law. After spending several years as a devoted reader and blogger, Alex decided to write and independently publish her first novel in 2014 (an endeavor that took a little longer than expected). The rest, as they say, is history.

Originally a southern girl, Alex now lives in Ohio with her husband, two children, two cats and dog. She loves the color blue, homemade lasagna, casually browsing real estate, and interacting with her readers. Visit her website, www.alexgraysonbooks.com, or find her on social media.