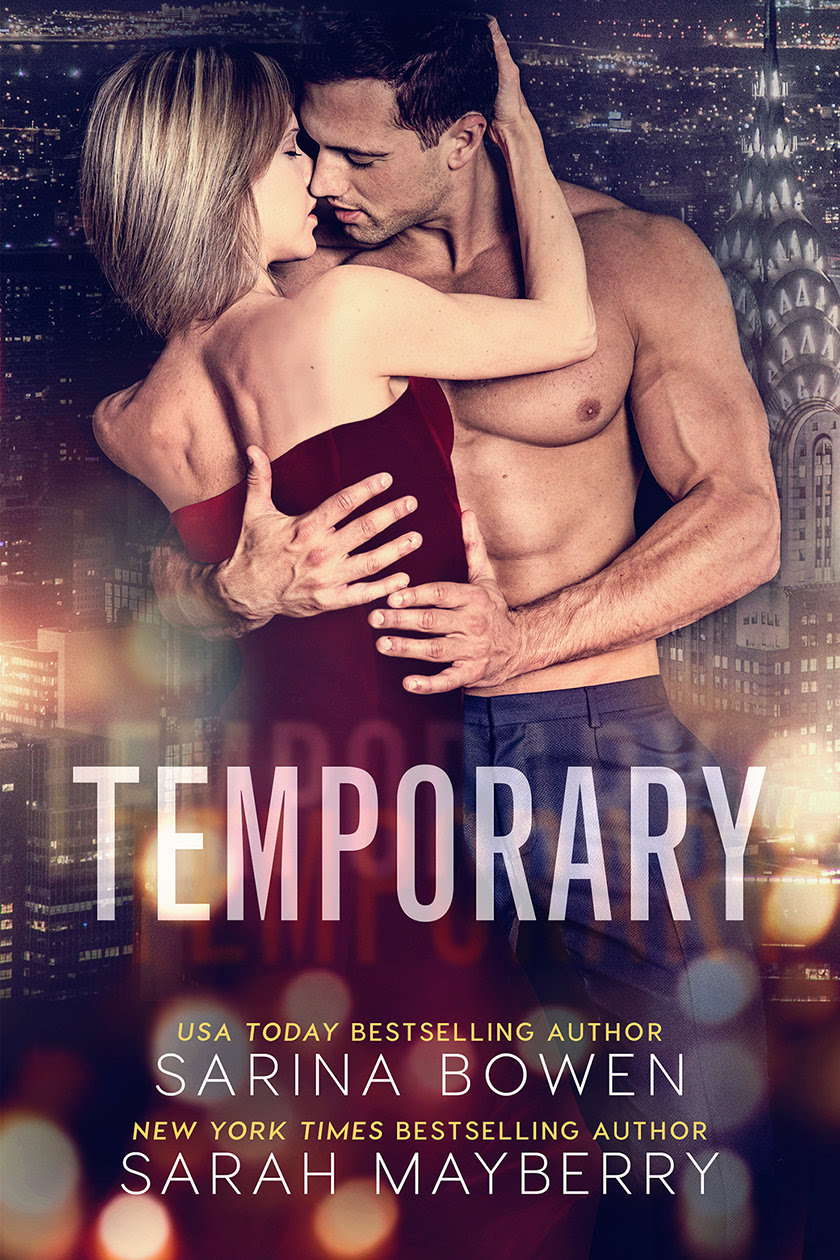 The most beautiful man I’ve ever seen is the same one who can ruin everything.

The first time I lay eyes on Callan Walker, I know he’ll be trouble. With his smug grin, hot Aussie accent and thousand dollar shoes, he’s just the kind of rich guy who always gets what he wants.

And he wants two things: a night of sin, and my cooperation as he outmaneuvers his powerful mother to take control of his uncle’s estate.

I can’t afford either one. I’m the only thing standing between my little sister and the foster care system. He may have money and charm on his side, but I have something even more powerful — pure desperation. This temp job at his mother’s company can become a full time job for me. It has to.

But when Callan’s eyes rake over my body, sometimes I forget my obligations. His piercing gaze finds the fun, optimistic girl I used to be and not the tired person I’ve become.

And it works–if only for a moment. Our night together was a mistake. I can’t afford to get sucked into his high-powered family’s treachery. But the closer I get to Callan, the more layers I find beneath those expensive clothes. Though I can’t forget this is temporary. He’s temporary. I have too much to lose.

Too bad my foolish heart didn’t get the memo…

Bowen’s teamed up with Mayberry and together they’ve written a light-hearted, low on angst romance. What I wasn’t expecting was the clever maneuver right at the end. Perhaps it was my mistake in thinking Temporary was a standalone since an unanswered question was left hanging in midair; therefore I do hope there’s going to be a follow-up to put me out of my misery. Narrated from a dual point of view in past tense, what stands out are the different writing styles both authors have coordinated pretty damn well. On my list of character traits and qualities, I wish I could have ticked all the boxes although I have to say that becoming emotionally involved with the female protagonist was a joy in itself. It took an effort to warm up to whom, for want of a better term, would be her ‘temporary’ work colleague. Plenty of banter keeps the reader engaged in a plot which doesn’t have too many surprises; nevertheless, I really liked the easy-reading feel the book gave me.

Loved Callan Walker’s Aussie lingo, I wasn’t so keen on his ‘never had to do a decent day’s work’ attitude which he readily flaunts. Well, who wouldn’t if one were rolling in it and more important, get away with it! In fact, most of the time he annoyed the pants of me! But his happy-go-lucky behaviour is soon hampered when he discovers the worst possible news in the worst possible way. How he gets his act together I found very becoming and I couldn’t fault in the author’s portrayal of this somewhat changed billionaire. Goodness me, who really got my hackles up was his mother. A nasty piece of work, she’ll go to great lengths to force Callan’s hand by using cunning means. He’s got a heartbreaking job to do but time is running out, problems are at every turn and it all seems to be an unbelievably difficult task to complete.

Oops, I forgot to mention that Callan’s a real knockout; however, his gorgeousness didn’t fool me because he’s everything I don’t look for in a man. Thus far, he’s only thought of himself, his next party and his next conquest. Grace has the opportunity to show her employer her worth and it’s not him! Thrown into the midst of a family battle, she’ll to have to match her wits with more than one person if she’s going to outlive the ordeal. As the story unravels, you’ll see that the twist isn’t that complicated until, of course, the ending! Despite being in a temporary position, she’s a doer, competent and not in the slightest bit workshy. Her dire situation saddened me in the respect that she’s had a rough deal from a young age. Her responsibilities weigh heavily, trivialities are nonexistent and I couldn’t help but like everything about this tender-hearted gal.

Oh boy, Grace never had a chance with Callan. His power of persuasion is as such that once he’s convinced her, she’ll willingly lets her hair down and other things besides. Hmm…I really thought he took advantage of her weaknesses in the bedroom department but all said and done, he’s an expert in the matters of seduction! Do take note of the title. Future readers will see that this word has its significance for more reasons than one. I did find their story a tad predictable; nonetheless, as I mentioned before, it’s an easy book to read. If I hadn’t had trouble connecting with Callan, hadn’t found his umming and ahing a tad boring and his backpedaling a little on the weak side, I would have gladly given it four stars. That being said, this extremely well-written book deserves a one-click. 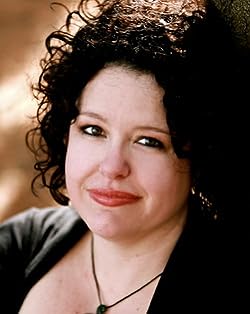 Sarah Mayberry lives in Melbourne, Australia, with her partner of nearly twenty years (who has recently become her husband!). When she’s not in her pajamas eating peanut butter sandwiches and typing away madly on her latest story, she enjoys reading, cooking, sleeping, pilates, going to the movies and shopping. Not necessarily in that order!

Some of Sarah’s favorite authors are Susan Elizabeth Phillips, Rachel Gibson, Karina Bliss, Mary Balogh, Julie James, Sherry Thomas, Meredith Duran, and Loretta Chase. Her favorite movie is When Harry Met Sally, although she is also very fond of His Girl Friday and Something About Mary.

Sarah loves to hear from readers via her website at http://www.sarahmayberry.com

The Swamp is about to get a whole lot hotter! The Outskirts by T.M. Frazier is LIVE!

The Outskirts by T.M. Frazier

Sawyer wants a life of her own.

Finn wants to forget he ever had one.

After a tragedy, Finn Hollis escapes

into the swamp to be alone.

That is until Sawyer Dixon shows up,

claiming she owns the land less than

fifty feet from his front door.

Sawyer gets under his SKIN, but even worse?

She makes him WANT things.

Almost as much as he wants her in his BED.

The Paperback is LIVE! Grab yours today!

3.5 Stars ~ Reviewed by Klaire Sutherland on behalf of KFF

Eagerly anticipated release from this author for many. I was in two minds with requesting this but quite glad I did. T.M Frazier hasn’t managed to grip me as thoroughly as she did with The Dark Light of Day. I’ve often felt the raw edge from that book has been missing in her other works. King came close, so I guess I had a little trepidation going into The Outskirts. It certainly lacked the edge I was looking for but made up for it in other ways. Being a duet, it’s common knowledge that this is going to end on a cliff hanger so I’m not spoiling anything by mentioning that here.

I took a little while to settle down with The Outskirts. I wasn’t immediately bowled over with either character and in truth I felt Finn was immature in the beginning, I couldn’t quite get a read on his age and it wasn’t until much later I saw the man and not the broken child. Because he so undeniably is broken, this the reader does see from the very start. His attitude is gruff and his actions are extremely slapable. But he slowly unravels, his character begins to shine and T.M Frazier uncovered him beautifully and at good pace. He’s not thrown in your face, so to speak.

Sawyer, I liked. I’ve read many a book where her history is similar, and again I think the author did a splendid job showing us her character. I think for me though, she jumped into some things that in reality would take a little longer to do so, considering her upbringing. Still, she’s a great character that I’m sure everyone is going to love.

Secondary characters definitely prop up the story, and while you see a twist or two coming, it doesn’t spoil the enjoyment of the read. There’s a lot of angst between these pages and not just between Sawyer and Finn. I found a thing or too unresolved. Like this is what happened (vaguely), end of story, let’s not give you the details. The storyline moves at an appropriate pace and each scene has relevance. Overall, a bit ‘holey’ in places. I also struggled a little with the writing. I don’t think it is T.M Frazier’s best, there were a few places where the writing felt below par for such an accomplished writer, sentences I’d look at twice and not understand why they were there or written the way they were. Descriptively, I very much enjoyed it, I always love a visual read and T.M Frazier captured that effortlessly.

Overall though, fans of this author are going to love The Outskirts. It’s different and yes…a swamp monster lives here. A hot kind of swamp monster. So, get your book on and grab this one up. Recommended read.

T.M.Frazier is a USA TODAY bestselling author. She resides in sunny Southwest Florida with her husband and her young daughter.

When she’s not writing she loves talking to her readers, country music, reading and traveling. Her debut novel, The Dark Light of Day was published in September of 2013 and when she started writing it she intended for it to be a light beachy romance.

Well…it has a beach in it!