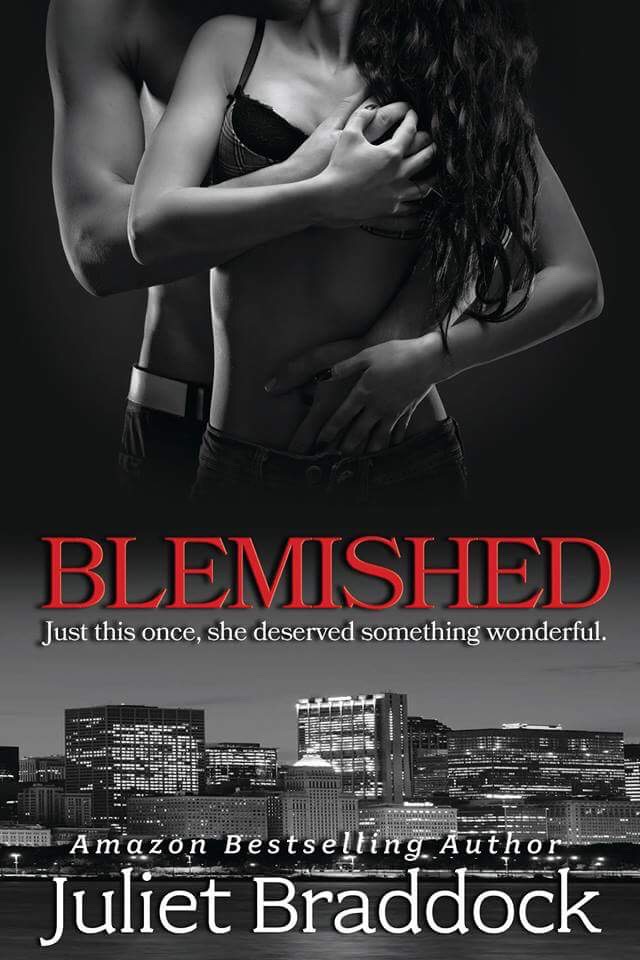 Beautiful and imaginative, Chloe struggles to survive the daily grind of life in Chicago. An artist who never dared to explore her dreams, she takes pride in her independence and fends for herself at all costs.

A young advertising executive who’s rising fast within the industry, Gavin has built an ordered and precise life, but he’s much more lonesome than he’ll ever admit.

Both exist in worlds veiled in secrecy.

On the surface, Gavin’s life exudes perfection. He’s building his own thriving business, but beneath that slick exterior, he’s hiding the truth about his enigmatic lifestyle.

Chloe, on the other hand, has been dealt a rough hand in life. As details of her heart-wrenching past emerge, she fears she might lose Gavin for good.

Together, though, they discover solace in each other’s arms. While Chloe blossoms as Gavin’s submissive under his tough but tender tutelage, she wonders if he might just be the one to break the façade of fear that surrounded her heart.

Just as emotion transforms them from reluctant strangers into unlikely but enduring lovers, heartbreak strikes their relationship again, forcing an unforeseen reversal of roles.

4.5 Stars ~ Reviewed by Emma-Louise on behalf of KFF

Blemished a truly unique and enjoyable read, a lot of people would think that a 700+ page book would become mundane and or boring at that kind of size.  However, since Blemished really is more of a duology the size is quickly forgotten. Part One is called Claiming Chloe, and the Part Two is titled Saving Gavin.

Chloe Cabot is a young woman trying to make it in Chicago in the middle of winter.  She’s lost her boyfriend, she’s lost her home, and she will not lose her independence. Gavin Fletcher is the type of man most women dream about.  He takes Chloe off the street and into his home, following her being injured and spending a week in the hospital.

“We still have so much to talk about, Chloe.  I need to know your hard limits.  While I’m teaching you how to enjoy the pain, I don’t want to hurt you.”

Ms Braddock dealt with several heavy impact issues in this book.  Each one is used exceptionally. They make the reader feel and they make the reader pause and ponder. Several times I had to walk away and take time to reflect. Gavin and Chloe’s relationship grows and blossoms. Growing slowly and gaining strength as it soaks in more and more sunlight.

‘She’d endured more than he could imagine, but she always picked herself up and moved forward.  She suffered so much, and she held everything so close to her heart.  Somehow, though, she got out of bed every morning with a smile on her beautiful face.’

Strength and endurance played a very large aspect of their relationship. The stronger of the two was often in flux, neither was the strength without question. Each learned to lean on the other when they needed to.  Taking what they could and giving back so much more.

‘He had to be her strength.  He had to prove to her that she was worthy of a life without struggle.  He had to let her know just how much he cared…”

Blemished started off slow, a small fire crackling to life. Setting the scene and drawing the reader in. A book this long can be a journey, and such an emotional rollercoaster.  I’m so glad I took the chance and read this book.

Amazon bestselling author Juliet Braddock’s first efforts in
creative writing came long before she learned to put crayon to paper.  In fact, she began spinning stories in her
head nearly as soon as she could form complete sentences.  As long as she can remember, she’d always
created sagas about imaginary friends, family members and pop culture icons,
and kept everyone around her entertained with her witty—but often very
tall—tales.

For her sixth Christmas, Juliet’s mother got her a child’s
typewriter to preserve all of those creative thoughts filling her head, but she
quickly switched to ball point pens and notebooks when the ribbon ran dry.

Most of Juliet’s early attempts at writing romance focused on
members of Duran Duran and Spandau Ballet or young leading men on Broadway.  However, as she matured as a writer, she
decided that it was just as much fun to create her own romantic heroes and
heroines.

At an early age, she also developed a love for big cities,
and the tallest of skyscrapers were never high enough for her.  Juliet’s wanderlust would eventually lure her
to New York, a city she often visited during her formative years, and her love
affair with Manhattan began.  She’d
promised herself that one day she would return for good.

Juliet’s passion for writing and for big cities converged,
and after graduating with a degree in Journalism, she decided to set out on a
journey to find her heart…just where she’d left it.

A week after her college graduation, Juliet made the big move
from a small town to New York City, where she has made her home ever since.

In between building a career in communications and writing on
the side, she’s indulged in international travel, theater and art.  A wine and food buff, she’s by no means a
connoisseur, but she can give a few good restaurant recommendations if you’re
in the city.

“There’s something so inspiring about living in a city like
New York that’s so rich in culture and so very vibrant. Every neighborhood has
its own story to tell,” Juliet says.  “I
often do my best plotting on the subway, just observing the lives unfolding around
me.  New York truly has a billion stories
nestled between the skyscrapers.”

A proud Manhattanite, Juliet couldn’t live anywhere
else—except for Paris, perhaps—and is a gushing cat-mom to a Russian Blue mix
who was rescued as a kitten from the streets of Brooklyn.

One girl disappeared. After fifteen years, her cold lifeless body was found on the damp forest floor. Not an inch of her was unmarked by the horrors she endured. Alone, malnourished, abused in horrific ways; this was how she died.

One girl was found walking the streets, covered in dirt and scars. She had no memory of who she was, where she came from, or what happened to her. Even though the marks on her body attested to years of heinous abuse, her strength shone through at every turn.

Revenge and justice were sworn.

Years of searching brought up nothing but dead ends. Detective Niko James was too late to save his childhood friend, but he vows not to let down another.

The clock is ticking and the trail is pitch dark.

A. M. Wilson loves infusing her stories with real life—the good, the bad, and the steamy parts. She thinks there’s something special about romance; that pivotal moment when two characters realize their love for each other, but she likes wading through a little angst to get there. When she isn’t furiously typing on her computer, she can be found searching for her next all-consuming read. A. M. lives in Minnesota with her husband, two children, and black lab. Connect with her at amwilson.net or www.facebook.com/A.M.WilsonAuthor

Alex Grayson is the bestselling author of heart pounding, emotionally gripping contemporary romance including the Jaded Series, the Consumed Series, and two standalone novels. Her passion for books was reignited by a gift from her sister-in-law. After spending several years as a devoted reader and blogger, Alex decided to write and independently publish her first novel in 2014 (an endeavor that took a little longer than expected). The rest, as they say, is history.

Originally a southern girl, Alex now lives in Ohio with her husband, two children, two cats and dog. She loves the color blue, homemade lasagna, casually browsing real estate, and interacting with her readers. Visit her website, www.alexgraysonbooks.com, or find her on social media.