Title: Sold To My Father’s Friend

Jace Landon has come to collect.

When Angelique is sold to her father’s friend, she tries anything and everything to defy her new master.

What will Angelique do if her father can’t pay off the debt? Will she work off the debt for him? And what will Jace want her to do for her freedom?

Cara Chance makes her debut with a short sexy read. I’ve read a lot of books and some are deep ugly cries and enough to tug at your heartstrings. Once in a while I like to read something that’s quick, light with steaminess and this is exactly what I got.

Angelique’s father owes a debt to Jase Landon, his business associate. Of course, Jace comes to collect what he’s owed. Angel as she is nicknamed, is sold to him as her father doesn’t have the funds to pay him back. There we see Angel fighting to defy Jace at every turn when she has to pack her belongings and leave with him. Angelique has lots of concerns about what she’s going to do if her father can’t pay the debt, and what exactly it is she will have to do while in the company of Jace.

“What do you plan on doing to me?”

“Your mine now. I can do whatever I want.”

When I began this read, I was convinced I was going to get a moody alpha male that would make commands on Angelique as this has BDSM elements. What I actually saw was a softer side to him that I found endearing and his air of mystery imparted a unique touch to his persona. Furthermore, his sex appeal had me going weak at the knees! There was some off the charts steamy scenes that made my pulse ramp up like you wouldn’t believe! Especially in one part; but without giving anything away, was beautiful one minute and tainted with sexual innuendos the next. Put it this way . . . looking at a rose and Clitoria flowers has a whole new meaning for me and definitely caused a blush!

Angelique is only twenty-years-old and has a sense of naivety about her. But there was something that had me grinning. An air of sass and total disregard for reasons which she referred to as her imprisonment. She would think of ways to disobey only to be bowled over by the mere presence of Jase. I never once doubted Angelique’s attraction for him even though she was there under duress.

I loved the cat and mouse games they played while skirting around what they really wanted, and that was each other. At times the chemistry between the two was so powerful and intense, I could feel the depth of curiosity they had.

Ms Chance has made a very interesting debut in the indie world and I look forward to following her and seeing what comes next. The only thing I will add is I would have liked a little bit more of their story. I missed Jace’s backstory seeing as I found him such an intriguing man. Maybe the ending was a little rushed, but I can’t argue that I was drawn to these very interesting characters. That said, it is still mainly all positive from me and the above comments didn’t hinder my enjoyment of the story at all. I am absolutely sure the author will learn and grow as she continues on her writing journey after showing good starting foundations. Kudos for being brave to dip her toe in the water and to keep going.

“Tomorrow, you’ll see how much I truly own you. You’ll understand how I paid for you . . .”

Cara Chance loves reading sexy smut and decided to try her hand at her own stories. Always a guaranteed HEA. She loves writing the sexy taboo stories many
are afraid to read in public.

WARNING: Read her books in the privacy of your own home. Public reading may cause blushing, overheating, and wetness from intensely HOT sex scenes.

My name is Lloyd Ledbetter and I am the best lawyer New York criminals can buy. My obsession to detail is their saving grace. I’m focused, determined and one-track minded. Nursing my broken heart for the last few months, I’ve stayed away from anything that could resemble a relationship.

My name is Luke Gunner and I’m the best money launderer criminals can buy. With an IQ reaching the status of genius, I can practically make money without breaking a sweat. I’m fun, independent and a lover of life. Settling down was never a priority especially when I had so many options laid out in front of me.

I’d truly like to take a peek into these two authors wickedly wicked minds! I mean. . . their naughtiness turns a readable read into an unputdownable one! In fact, if I haven’t got the whole series on my bookshelf, it’s because circumstances haven’t allowed me to have them there. Since they’ve mastered their writing relationship down to perfection giving me many happy hours of reading pleasure, laugh out loud and fan-grabbing moments, they’ve also managed to push my patience to the limit with their adorable characters. Black Balled was a was a very special read for me. I have to admit that my four-star rating of the book made me feel a tad ashamed; but then Joel Leslie narrated it and I had no option but to up my rating. Unexpected and much to my delight, Hard Edit was published and once again, I was drawn into Larson Blackburn and Troy Babilonia’s steamy saga. This second book rounded up their story perfectly as I felt that the two protagonists deserved to find what they’d been looking for. I must say that I was never waiting for the spin-off, Guns Blazing. A heart had been broken along the way though, and now I got to hear Lloyd Letterbetter’s side of the story. Better said, his new beginning!

My ooh my! I have no words to describe how much I love listening to Joel’s skilful narrations. His ability to fit speech nuances into each and everyone’s personality is nothing less than commendable. However, I wasn’t too keen on Lloyd’s voice at first which was quite surprising seeing that he’d pulled Larson and Troy’s off perfectly in Black Balled. But then Lloyd, an extremely successful criminal solicitor, kinda wiggled his way under my skin and it was him speaking his thoughts out loud to me. He still has a chip on his shoulder and still carrying a heavy heart after his hot sweet affair with Larson. Feeling shunned by ‘my man’, he can’t seem to get it together! There’s no doubt he dominates his profession to a T; however, at times, his personal issues seemed to take precedence. In the bedroom . . . hmm, I was really in for a surprise or two and couldn’t have been happier to see that he wasn’t the man I thought he was!

Lloyd is going to be given a run for his money and make him question a thing or two when the most unlikely individual he has yet to come across strolls into his office. I loved the way the the two of them weighed each other up. And if there were ever two characters I didn’t think would hit it off, it’s them! Yep, they’re as different as chalk and cheese so I asked myself, “Why then is Lloyd even giving Luke Gunner the time of day?” Aah, apart from being attracted to his future client’s cocksure and ‘mucho-macho’ attitude, the man who wants the ‘best’ in town to defend him has one hell of a challenging problem. Luke uses his gift to control his business with dodgy undertones also opens Lloyd’s appetite. And to top the lot, he needs Lloyd’s expertise to get him out of a tight spot. Is Lloyd’s inquisitiveness going to get the better of him? How the heck does he go about dealing with someone who appears to have a twenty-twenty vision, a sublime IQ and for a better word, tickle his fancy?

Luke Gunner made me go weak at the knees with his sexy crooning! What a smooth talking drop-dead gorgeous and convincing hunk of a man he is. Add rippling abs in all the right places was easily envisaged with Joel’s narrative expertise. I have to add that a humorous sarcasm makes for an easy ‘listening experience’. Thank you so much ladies for giving me the pleasure of listening to Troy and Larson’s thoughts, their advice and their gorgeousness. As always in stories written by Andrea and Eva, there’s always a hell of a lot of excitement overflowing with innuendos, severely good bellyaching laughter and more important, well-developed plots that make you think what’s going to happen next! Ooh yes; I have to mention that there’s one scene which was without a doubt, very well received. Told in past tense and with the main character’s point of view isn’t one of my fave narrative structures. Nonetheless, it worked! BRAVO ladies! And PRAISES Joel for making this read come alive!

Andrea Smith is a US Today Bestselling Author 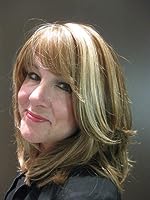 An Ohio native, currently residing in southern Ohio. The Past Tense Future Perfect trilogy is Ms. Smith’s first self-published work.  Having previously been employed as an executive for a global corporation, Ms. Smith decided to leave the corporate world and pursue her life-long dream of writing fiction. Ms. Smith’s second series, Thee ‘G-Man Series’ consists of four novels and a novella. Her ‘Limbo Series’ is her first venture into a blend of romantic/suspense, mystery with steamy scenes and a paranormal edge.

These Men (Spin-off) Part of the BEND anthology.

Clouds in my Coffee 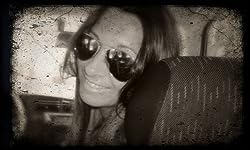 Eva LeNoir grew up travelling with her parents to various countries in the world. Reading was her constant companion during her travels and her ability to adapt to different cultures fed her mind with endless possibilities. The characters swimming in her head are always from various horizons with a multitude of dreams and aspirations.  However, all of these voices always have one thing in common: The women are strong and independent. A true believer in the female cause, Eva’s wish is to portray the women in her books as the leaders. She sees them walking hand in hand with their partners and not be the sheepish followers of the male gender. But most of all, Eva LeNoir wants to offer her readers a moment of pleasure as they dive into the world of her mind’s creation.

Underdogs of the Arena Series:

Project: Aphrodite: A Labor of Lust