Camila was seventeen when Van Quiso kidnapped her. Ten years after her escape, the shackles refuse to release her. Not while there are still slave traders preying on her city.
She will stop at nothing to end them.
Even if that means becoming a slave again.

Returning to chains is her worst fear—and only option. They won’t know who she is or what she intends to do. She’s prepared for every complication.
Except him.
The one who decimated her sixteen-year-old heart.

Matias is charming, gorgeous, and dangerously seductive. He’s also untrustworthy and enshrouded in secrets. After years of no contact, he finds her—on her knees, wrists bound, in the clutches of her enemy.
Will he sabotage her mission by needlessly saving her?
Or will he keep her in chains and never let her go?

DISCLAIM is book #3 in the DELIVER series. It can be read as a stand-alone, but if you intend to read the preceding books, do not read DISCLAIM first.

Disclaim can be read as a standalone; however, if you haven’t read book one and two and want to, we recommend that you don’t read Disclaim first. After reading the synopsis which titillated our curiosity no-end, we decided to give it a chance without having any idea about how we were going to cope with past events, names, dates and places. Our concern was most certainly unfounded since the author went to great lengths to make sure the new reader understood the storyline. Reading in third person was also quite a challenge for us. We have to confess that this narrative technique which gives an omniscient point of view isn’t one of our favourites. We find it so much easier to relate to first person from a personal perspective. Again, we shouldn’t have been concerned. After reading the first few chapters, to say we’d become totally invested in the characters would be putting it lightly. Another important factor is the dialogue. Flowing constantly, it helped us immerse into their quest.

As far as reviewing goes together, we’re a classic case of Yin and Yang. Our tastes in genre are very similar; however, one of us isn’t overly enthusiastic regarding this type of read. Me, Sharon; asked Rach to hold my hand. Rach well knows how I feel about dark-subject-matter. Me, Rach; told her to put her big girlie pants on and knuckle down. The advice was taken and there was no looking over our shoulders. Goodness, there’s some really nail-biting moments. Gritty, no doubt about it… an eye-opener into shady organisations’ modus operandi, most definitely. Neither of us expected Camila, Nico and Matias’ story to pan out as it did.

“I won’t tell you to trust me. You’re not there yet. But I want you to listen.”

Two of the protagonists had had a history long way back. And although it’s beautifully depicted, the truth as to why their lives were turned upside down and inside out gets lost in a grove of circumstances. Entwined in deception, many questions we had at the beginning slowly come to a head and literally knocked our socks off. Ooh boy, we felt Camila’s ire simmer off the pages! Driven by a past experience, she courageously walks into the unknown putting her life on the line causing us an infinitive amount of stress. Whether her crusade was going to have positive results or not added one hell of a lot of angst to the story.

“If you get yourself killed, I’m going to hunt you in hell and blister your fucking ass. Here me?”

Like the person he is, even Nico’s surname is a mystery. Gorgeous, in control and feared, when he did have something to say, we hung on to his every word. It was clear to see the camaraderie between Nico and Matias had routes. Just a look at each other is enough for them to know what the other is thinking. In fact, in some scenes we were shocked to see how they didn’t bat an eyelid. Trying to fathom out the reasons behind their seemly tight relationship wasn’t an easy feat for us; until of course, the truth is revealed. We can assure you that we weren’t the only ones to be left with our mouths wide open!

“If Nico tells you to do something and you ignore him, he cannot let that slide.”

Did we doubt Matias and his ways of submerging the love of his life into his world? Hmm. . . we had no option but to put our faith in him. Holy moly! How he goes about reconquering the woman who’s been kept in the dark for so long was abso-freakin’-lutely fantastic! This guy is not only lethal, he’s also a walking-time-bombshell of the first degree. He’ll go to any lengths to eradicate anyone who messes with his people. And you’ll see his principles aren’t at all what they seem. Get ready for some huge twists in this story! They are of such importance that to mention them would be a crying shame. So mum’s the word!

“You’re not going to make this easy on me, are you?”

“The best rewards are the hardest to earn.”

We would have loved a playlist. No amount of good songs came to mind. One of them being Police’s song, Every Breath You Take. We loved the secondary characters who back Matias and Camila up throughout the story, and despite the plot being a tad farfetched, it’s really well-developed. This we easily excused since it had us sitting on the edge of our seat from the first page until the very last. Hence, if you like non-stop action thickly coated in emotions, explicitly described scorching hot scenes, one-click! Bravo Ms. Godwin for this marvellous offering. 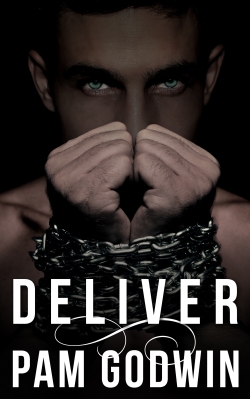 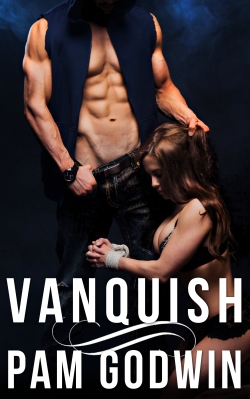 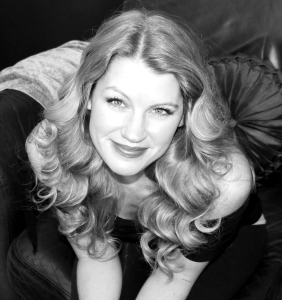 New York Times and USA Today Bestselling author, Pam Godwin, lives in the Midwest with her husband, their two children, and a foulmouthed parrot. When she ran away, she traveled fourteen countries across five continents, attended three universities, and married the vocalist of her favorite rock band.

Java, tobacco, and dark romance novels are her favorite indulgences, and might be considered more unhealthy than her aversion to sleeping, eating meat, and dolls with blinking eyes.

Other books by Pam Godwin