Published by Ever After Platinum

From strip clubs and truck stops to southern coast mansions and prep schools, one girl tries to stay true to herself.

These Royals will ruin you…

Ella Harper is a survivor—a pragmatic optimist. She’s spent her whole life moving from town to town with her flighty mother, struggling to make ends meet and believing that someday she’ll climb out of the gutter. After her mother’s death, Ella is truly alone.

Until Callum Royal appears, plucking Ella out of poverty and tossing her into his posh mansion among his five sons who all hate her. Each Royal boy is more magnetic than the last, but none as captivating as Reed Royal, the boy who is determined to send her back to the slums she came from.

Reed doesn’t want her. He says she doesn’t belong with the Royals.

Wealth. Excess. Deception. It’s like nothing Ella has ever experienced, and if she’s going to survive her time in the Royal palace, she’ll need to learn to issue her own Royal decrees.

“…. I feel I need to warn you that the royals are pretty fucked up. We’re good in bed, but out of it ? We’re like a stage four hurricane.”

To say this book is different would be an understatement! Having gone in blind, we literally went with the flow just to see where we would be taken and what a ride and a half we had. Wow, it was beyond our expectations. Fast moving, the plot is incredibly well-thought-out, angst-ridden and so unputdownable that we had no option but to do an all-nighter! Since we started reading self-published books, never have we come across a similar concept of writing in which these two authors (writing under a pen name) have used. In spite of the fact that we were delighted by this, our concern regarding the ‘new adult’ category was to our way of thinking, erroneous. Mature adult would have been more fitting as the content in some scenes and the general storyline per se, is harsh, crudely described and we’d have to think twice before recommending this story to teenagers.

“I know it’s different from what you’re used to, but you’ll get used to this, too. You’re going to like it here. I promise you.”
“Don’t make promises, Mr. Royal. Not to me, not ever.”

Told in first person in present tense from the female protagonist’s point of view, Ella Harper has problems. She has no option but to accept her fate served on a silver plate; however, little did she know what was in store for her in a family who want for nothing but are all emotionally damaged. Now she’s going to experience first-hand how the other half live. The impact of losing the one and only person who kept them together, Callum Royal’s sons’ hang-ups seem to go from bad to worse to disastrous.

“You’re playing a dangerous game.”
“I don’t know any other way to play it.”

Our hearts went out to this gorgeous man who is far too trusting and generous for his own good. Trying to fulfil his fatherly role with five lads’ testosterone levels at their highest doesn’t help matters either. At times, we felt most of the issues he had with them were brought on by himself…ooh, and the girlfriend! We really did love to hate her.

“You’re poking a tiger.”
“He poked me first.”
“And I thought raising five boys was going to be an adventure. I haven’t seen anything yet, have I?”

Except for Callum, none of his indulgent sons are enamoured with Ella being thrown into their lives. Having kept herself to herself because of past circumstances, she has always had her wits about her and needs to be on the ball more than ever as she’s constantly in a charged atmosphere of distrust and hostility. She is a born fighter, feisty, resilient and fragile all rolled into one. Her survival instinct and managing to keep her head above water at such a young age was made obvious to us from the very beginning of this read. She gives what she gets no holds barred not only to these downright right cocky guys, but also handles a nasty piece of work in the best school money can buy to perfection.

Gideon is the oldest but whose presence is strongly felt in the story is Reed. No doubt about it; Reed rules the roost. Easton is next in line; then come the two youngest twin brothers, Sebastian and Sawyer. Lord above, their drop-dead gorgeous genes inherited from their father sizzle of the pages. As do their antics which will get them into some rather sticky situations, especially Easton. Despite them having no remorse whatsoever, we couldn’t help but connect to them. Peculiar taking into consideration they aren’t exactly likeable.

“You should know whatever game you’re playing, you can’t win. Not against all of us.”

The bottom-line in this story is birth right and the power it brings. The reason why the brothers’ smug attitudes towards the less fortunate is made clear in a read which isn’t overflowing with sex scenes. But, and the big but is this…it is an extremely hot one. Innuendos are rife, the banter marvellous and the ending—no, no, no, we said to ourselves! Puleeze, how could you do this to us, how are we going to be able to wait until the follow-up? The editing, proofreading and character development is exceptional. Ms Watt, bravo for a job well-done.

“I’m serious. If you need to screw someone, just come to me. I don’t mind you so much.” 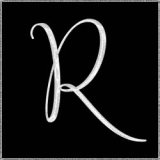 Erin Watt is the brainchild of two bestselling authors linked together through their love of great books and an addiction to writing. They share one creative imagination. Their greatest love (after their families and pets, of course)? Coming up with fun–and sometimes crazy–ideas. Their greatest fear? Breaking up. You can contact them at their shared inbox: authorerinwatt@gmail.com 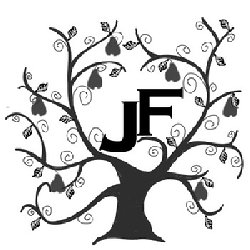 Jen Frederick is the USA Today bestselling author of Unspoken, part of the Woodlands series, and Sacked, part of the Gridiron series. She is also the author of the Charlotte Chronicles and has had several books on the Kindle Top 100 list. She lives in the Midwest with a husband who keeps track of life’s details while she’s writing, a daughter who understands when Mom disappears into her office for hours at a time, and a rambunctious dog who does neither. Email her at jensfrederick@gmail.com.