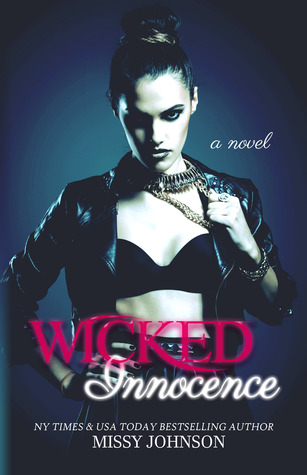 This is the perfect book to take on holiday with you! It’s not a long read but it’s certainly got enough ups and downs to keep you stuck to the pages and well entertained. The plot is well thought out and surprises, angst and passion are plentiful.

What horrified me was how such a young lass can come out unscathed after all she’s been through. A hard nut Micah definitely is! I found this extremely worrying but when you carry on reading the story, you will understand why she has so many trust issues, has problems making friends and has so much experience. No, this isn’t the gal that’s played with Barbie dolls and grew up in a loving surrounding. Quite the opposite. Since the age of fourteen, her life has been one huge con! However, her voice is what is going to take her places. The only thing she has to do is convince the musicians who are auditioning singers for their band that she’s the one they’re looking for.

Saxon is quite a bit older than her and in ignorant bliss of the truth. Just as well because anyone in their right mind wouldn’t even think about having any kind of relationship with a minor. Yes! Sax has morals! When he sees her singing in the band’s first private gig which he happens to be managing and is going to be the make or break for her, the first thing he feels for this sexy little thing is intrigue. He still has no idea where she’s come from but there is no doubt that curiosity will kill the cat! He’s made enough mistakes in his life to be wary of making more. But can this gorgeous guy who has had a rough deal in the past and doesn’t want mix business with pleasure stay away?

This is a really great story about two people in the music world that have had really complicated lives each in their own way. The storyline has a hell of a lot of flow and difficult to put down. Saying that; I would have loved to know more details about certain characters in this book. Sax’s cousin, Harry, who plays the bass guitar, is just horrendously attractive and even though he has his hang ups, I loved him! I would have loved to know more about Sax’s sister who will play an important part in Micah’s decisions, too. And since I’m a dog-lover and fell in love with Sax’s dog, I also wanted to know more about this adorable mut! This could be a fantastic series since the other musicians could possibly open up a brilliant follow up to this incredible read. Whether or not the author has this in mind remains to be seen!

This highly recommended read has a few of details that have swayed my decision as to whether or not I should have given this really hot and steamy read with exceptional grammar and explicit vocabulary which I might add, made me put the air-conditioning on, have five stars! You, Ms Johnson, are an exceptional storyteller. Bravo!!!! More please!

Firstly, the title is deceiving! I imagined this short read was going to be about a female strip tease artist and certainly not a classy troupe of gorgeous men titillating an audience of women night in, night out to earn a living. This little book is huge! Even though it’s not my kind of read, I found it unputdownable, engrossing and it definitely opened my eyes regarding their profession. Yes, I say profession because what they do needs extremely fit and agile men that know how to work together, know how to choreograph to perfection and enjoy a camaraderie built up through hours and hours of training and living together in a tight-knit group.

Sally Evans is an investigative reporter for a newspaper that’s not exactly the Times and having financial problems, too! She’s ambitious, not very sociable, likes what she does but can’t stand working alongside one of her co-workers who she considers a jerk. Why didn’t her boss, Eric, give him or her other companions the assignment to tour with Naked Night’s when it’s not what she does? You will see. Caught between a rock and a hard place, she resignedly takes it on.

The next eight weeks touring around England with these five ravishing performers and their manager will change her way of thinking, help her open up and form a strong bond with Tiny and the rest of guys who become overly protective of her for a good reason. But more importantly, her relationship with Alex will flourish regardless of the confusion she has as to whether or not he is who his friends make him out to be. Alex is attracted to Sally but keeps arm’s length because they’ve all had strict orders that she’s off limits. However, that doesn’t stop him wishing there could be more.

There is no doubt that the author knows what she is talking about when describing the dance scenes. They are Hot with a capital H! And Alex, oh my God! Can this horrendously attractive man know how to move seductively around the stage and drive the ladies wild! Innuendos are rife throughout the book, humour abounds and the banter between all the characters is nothing less than outstanding. I especially liked the way they were always having a dig at Guido, the Italian stallion who has probably never set foot in Italy! This love story which doesn’t have a lot of sex, builds up to an incredible crescendo that’s worth waiting for.

A word to Ms Manello. You have written an impeccable story with a highly feasible and solid plot; all your characters’ personality traits are exquisitely described keep the reader glued to the pages and I, for one, can’t wait for the next instalment. Simply bravo!